Neurobionics is the science of directly integrating electronics with the nervous system to repair or substitute impaired functions. The braincomputer interface (BCI) is the linkage of the brain to computers through scalp, subdural or intracortical electrodes (Box 1). Development of neurobionic technologies requires interdisciplinary collaboration between specialists in medicine, science, engineering and information technology, and large multidisciplinary teams are needed to translate the findings of high performance BCIs from animals to humans.1 Neurobionics evolved out of Brindley and Lewin’s work in the 1960s, in which electrodes were placed over the cerebral cortex of a blind woman.2-4 Wireless stimulation of the electrodes induced phosphenes — spots of light appearing in the visual fields. This was followed in the 1970s by the work of Dobelle and colleagues, who provided electrical input to electrodes placed on the visual cortex of blind individuals via a camera mounted on spectacle frames.

The cochlear implant, also developed in the 1960s and 1970s, is now a commercially successful 22-channel prosthesis for restoring hearing in deaf people with intact auditory nerves.

To aid those who have lost their auditory nerves, successful development of the direct brainstem cochlear nucleus multi-electrode prosthesis followed. The field of neurobionics has advanced rapidly because of the need to provide bionic engineering solutions to the many disabled US veterans from the Iraq and Afghanistan wars who have lost limbs and, in some cases, vision. The United States Defense Advanced Research Projects Agency (DARPA) has focused on funding this research in the past decade. Through media reports about courageous individuals who have undergone this pioneering surgery, disabled people and their families are becoming more aware of the promise of neurobionics.

Neurobionics has been increasing in scope and complexity because of innovative electrode design, miniaturisation of electronic circuitry and manufacture, improvements in wireless technology and increasing computing power. Using computers and advanced signal processing, neuroscientists are learning to decipher the complex patterns of electrical activity in the human brain via these implanted electrodes. Multiple electrodes can be placed on or within different regions of the cerebral cortex, or deep within the sub-cortical nuclei. These electrodes transmit computer-generated electrical signals to the brain or, conversely, receive, record and interpret electrical signals from this region of the brain.

The aim of the motor BCI has been to help paralysed patients and amputees gain motor control using, respectively, a robot and a prosthetic upper limb. Non-human primates with electrodes implanted in the motor cortex were able, with training, to control robotic arms through a closed loop brain-machine interface.14 Hochberg and colleagues were the first to place a 96-electrode array in the primary motor cortex of a tetraplegic patient and connect this to a computer cursor.

The same concepts and technologies used to record and stimulate the brain in motor and sensory prostheses can also be applied to deeper brain structures. For example, the fornix is an important brain structure for memory function. A human safety study of bilateral deep brain stimulation of the fornix has been conducted in 42 patients with mild, probable Alzheimer disease (ADvance trial), and this study will now proceed to a randomised controlled trial. This technique involves deep brain stimulation without direct feedback from neural recording.

Many patients with severe epilepsy do not achieve adequate control of seizures with medication. Deep brain electrical stimulation, using electrodes placed in the basal ganglia, is a treatment option for patients with medically refractory generalised epilepsy. Methods to detect the early onset of epileptic seizures using cortical recording and stimulation (to probe for excitability) are evolving rapidly. A hybrid neuroprosthesis, which combines electrical detection of seizures with an implanted anti-epileptic drug delivery system, is also being developed.

Parkinson disease and other movement disorders

Deep brain stimulation in the basal ganglia is an effective treatment for Parkinson disease and other movement disorders. This type of BCI includes a four-electrode system implanted in the basal ganglia, on one or both sides, which is connected to a pulse generator implanted in the chest wall. This device can be reprogrammed wirelessly. Novel electrodes with many more electrode contacts and a recording capacity are being developed. This feedback controlled or closed loop stimulation will require a fully implanted BCI, so that the deep brain stimulation is adaptive and will better modulate the level of control of the movement disorder from minute to minute.

Source: The Medical Journal of Australia 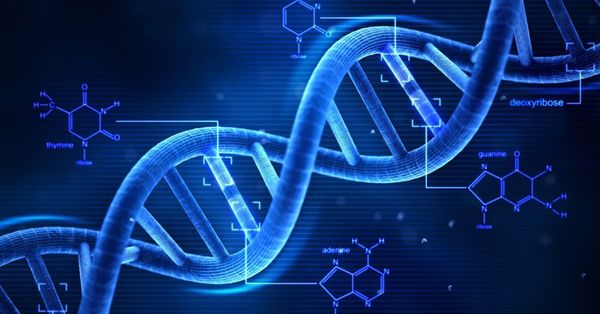 DNA computing is a branch of computing which uses DNA, biochemistry, and molecular biology hardware, instead of the traditional silicon-based computer technologies. Research and development in this area concerns theory, 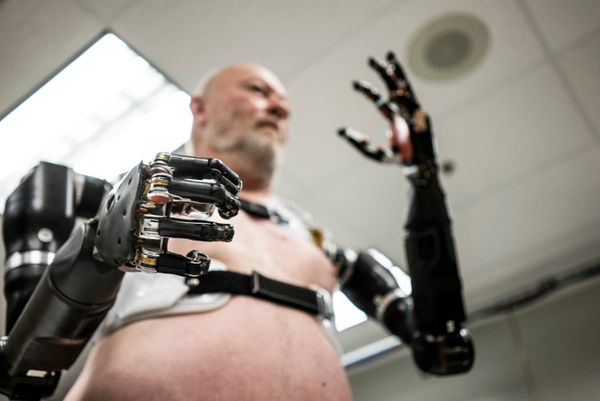 Bionics, science of constructing artificial systems that have some of the characteristics of living systems. Bionics is not a specialised science but an inter-science discipline; it may be compared with