There have been a lot of innovations dubbed as the next big thing in the medical world over the years, but smart pill technology might just top the list. This rather innovative method of drug delivery involves sensors and cameras embedded into tiny edible devices. Such medical devices ensure better diagnostics, monitoring, and treatment of life-threatening medical conditions by allowing doctors to monitor their patients’ body functions in real time. Furthermore, since this tech has the ability to deliver medication into specific parts of the patient’s body, it eliminates many side-effects associated with traditional drug delivery.

Along with growing demand for real-time patient monitoring and less invasive drug delivery, other factors, such as the aging population and the increased incidence of gastrointestinal diseases are driving the growth of the smart pills market. In 2016, the global smart pills market was worth $779.9 million, and by 2025, it’s expected to reach a staggering $3 billion. Though the technology still has a lot of room for improvement, researchers are coming up with highly advanced solutions that have great potential to change the way doctors diagnose and treat various conditions.

One of those solutions is the brainchild of researchers and experts from MIT, the Draper Laboratory, and Brigham and Women’s Hospital, who created an ingestible capsule made with 3D printing technology that relays data via Bluetooth. After the capsule is swallowed, it unfolds its two Y-shaped arms and lodges into the patient’s stomach, where it can stay for a month. During that time, the capsule collects information about the patient’s body and transmits the data to the user’s smartphone. For patients who need early intervention in case of a fever, or those who are at a risk of an infection, this tech proves to be a more efficient alternative to traditional drugs. For instance, once swallowed, the device can monitor the patient’s body temperature over the course of a couple of weeks, and in case it detects that the temperature is too high or too low, it can release a drug to ease the symptoms. The new device could be instructed to keep track of any relevant changes within the human body, such as allergic reactions or infection, and release drugs as a response to the detected symptoms.

So far, the researchers have tested their innovation only on pigs. During the experiment, the device “communicated the core body temperature of the pig and was triggered to carry out timed drug release”. In the future, they also plan to equip the tech with sensors that will measure the patient’s heart rate and breathing rate. The only downside of this technology is that it’s currently powered by a silver-oxide battery, known to contain poisonous mercury. Luckily, safer, mercury-free batteries are being developed, and the researchers are also considering other sources of energy to power the device, such as stomach acid.

Another innovation developed by MIT could improve the lives of millions of people suffering from diabetes, a condition in which the human body can’t properly produce or use the hormone insulin. The most common way to take insulin for people with type 1 diabetes is through injections, but the process can be unpleasant and painful. So, MIT’s researchers came up with an alternative – a smart pill called SOMA, or self-orienting millimeter-scale applicator. The SOMA pill contains the same type of insulin used in conventional injection kits, the only difference being that the insulin in SOMA is compressed. The size of a blueberry, the pill consists of a capsule and a tiny needle made almost exclusively from freeze-dried insulin. Once the pill is ingested, its sugar-based coating is dissolved by water, and it releases the needle and injects it into the stomach. And since the stomach wall has no pain receptors, the process is completely painless.

Thanks to its shape, SOMA can navigate on its own in the stomach, injecting the needle and releasing the insulin in just the right spot. As TechCrunch reveals, the researchers were inspired by the leopard tortoise, a type of tortoise found in Africa that “has a shell with a high, steep dome, allowing it to right itself if it rolls onto its back”. The team used computer modelling to create a pill with a similar shape, allowing the capsule “to reorient itself even in the dynamic environment of the stomach”. It takes around an hour for the insulin to be fully released into the bloodstream, after which the capsule breaks down in the digestive tract. Just like their previous innovation, MIT’s scientists first tested the pill on pigs. The tests revealed that the tech was able to decrease blood sugar to the same levels as those achieved with traditional insulin injections. Though the innovation could change the lives of diabetic patients, it’s still unknown when human trials will begin or if the pill will be commercialised anytime soon.

MIT’s researchers aren’t the only ones exploring the potential of smart pills. Proteus, a company that specialises in digital medicine, is just one of the companies that share a similar interest. Proteus is best known for the development of Abilify MyCite, the first digital pill approved by the Food and Drug Administration (FDA) in 2017. The sensor-equipped drug was created for patients with schizophrenia and bipolar disorder. For patients who struggle to take medications regularly, making sure they take the right dose at the right time is a crucial part of the treatment. Proteus is now determined to bring the same level of convenience to oncology patients, too. For this reason, the company partnered up with the Minneapolis-based health system Fairview Health Services and the University of Minnesota.

The program involves patients suffering from colorectal cancer in stage 3 or stage 4. However, instead of taking their regular chemotherapy drug, the patients are given a sensor-embedded version of the same medication that notifies the doctor when the medicine has been ingested. Once the pill is swallowed, the sensor will activate and send a signal to a patch worn on the patient’s torso. The patch will then transmit the data to an online portal. The data will show the time of day when the medication was taken, the type of drug, and the size of the dose. The program currently involves seven patients, but the company plans to expand it to 750 patients with different cancers across the US. And best of all, the cost of this treatment for patients is no higher than regular chemotherapy drugs.

Edible electronics have the potential to do all kinds of amazing stuff, but it may take some time before this technology becomes mainstream. Like any other technology that can capture and send data, digital pills are also accompanied by privacy concerns. Since the majority of newly-developed sensor-embedded pills can connect to a smartphone, allowing healthcare professionals to access the data, there’s always the risk of someone misusing it. 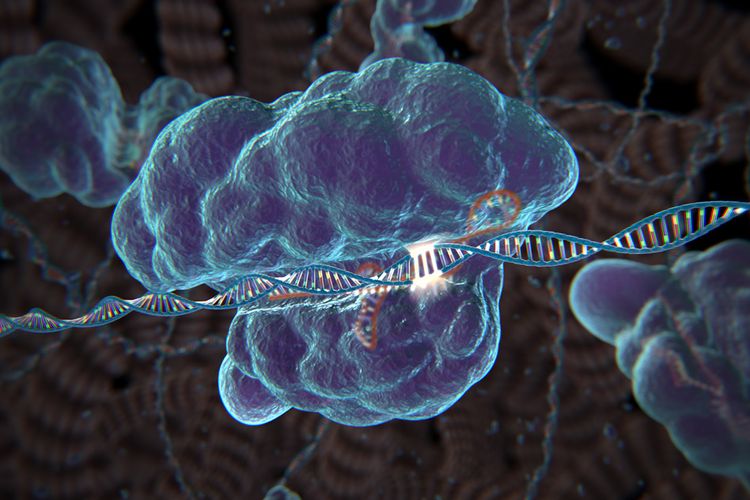