Spinal cord injury disrupts the connection between brain and body, causing devastating loss of physiological function to the wounded warfighter. In addition to paralysis, service members living with these injuries exhibit increased long-term morbidity due to factors such as respiratory and cardiovascular complications. Bridging the Gap Plus (BG+), a new DARPA program that combines neurotechnology, artificial intelligence, and biological sensors, opens the possibility of overcoming the worst effects of spinal cord injuries by promoting healing at the wound site and interfacing with the nervous system at points around the body to restore natural functions such as breathing, bowel and bladder control, movement, touch, and proprioception that can be lost when the spinal cord is damaged.

“In recent years, DARPA has made remarkable progress in demonstrating the potential of direct and indirect neural interfaces to help individuals with injuries and illness,” said Dr. Al Emondi, the DARPA program manager for BG+. “No two injuries are the same, however, and so we are embracing the opportunity provided by evolving technology to pursue new intelligent and adaptive interfaces that specifically address spinal cord injury. DARPA’s goal is to provide active warfighters and veterans with alternatives for overcoming one of war’s worst injuries.”

BG+ will encompass two research thrusts aimed at developing and integrating technologies for injury stabilization, regenerative therapy, and functional restoration to support patients during all phases of spinal cord injury — acute, sub-acute, and chronic. DARPA’s focus will be on improving healing outcomes during the acute and sub-acute phases of injury, and on restoring lost function in the chronic phase of injury. While the timeline for intervention varies from case to case, the acute phase of injury can generally be considered as the two days immediately following injury when hemorrhaging and inflammation are common. The sub-acute phase extends for approximately two weeks after injury and introduces scarring and axon dieback as damage extends into cells that are affected by the increasingly cytotoxic environment. The chronic phase of injury encompasses any time thereafter and may include limited functional improvements.

The first research thrust encompasses development of a range of novel regenerative medicine technologies that should be amenable to implantation in a stateside civilian trauma hospital as well as a down-range combat hospital. These devices should continuously measure biomarkers to track injury status and deliver therapeutic approaches to stabilize injuries and encourage neural regeneration. In recent years, researchers have demonstrated some progress in the laboratory using approaches such as electrical stimulation, pharmacology, cell therapy, and scaffolds to repair nerve projections in injured spines. However, the strategies currently being studied are typically limited to a single phase of injury or a single treatment modality. Additionally, apart from obtaining an anatomical scan of the surgical site, the clinician is often left effectively blind to the biological status of the injury, with minimal ability to monitor healing locally and provide local treatment to the site.

“Whereas with regular wounds, tissue heals in a relatively predictable manner, in spinal cord injuries the healing process is more complex,” said Emondi. “Physicians have very little information about what actually goes on in real time at the injury site. DARPA aims to change that using bioelectronic interfaces that measure biomarkers directly related to the injury. Once we know what’s taking place at the spinal cord from moment to moment, we think it will be possible to deliver intelligent interventions that optimize our ability to preserve and reinforce neural communications during the acute phase of spinal cord injury.”

The second research thrust includes development of networked interface devices that communicate with the nervous system or relevant end organs to restore physiological function. DARPA is especially interested in recovering voluntary and involuntary nervous system functions such as bladder control and respiration. In addition to restoring control functions, researchers will need to develop technologies to return sensory feedback to the users of BG+ systems to enable more natural function.

DARPA created BG+ as a five-year program, scheduled to conclude with clinical demonstrations in human patients.

“DARPA’s metrics for success for BG+ are mitigating the early effects of spinal cord injury, improving awareness and interactive therapies at the injury site to preserve neural function, and restoring multiple physiological functions,” said Emondi. “By the end of the program, we hope to deliver technologies that adapt to changes in the injury profile over time, inform new standards of care, minimize secondary complications, and address the long-term dysfunctions that can remain for years after spinal cord injury.”

DARPA will host a meeting for potential proposers November 5-6, 2019, in Arlington, Virginia, to provide more information. Registration instructions are available at https://go.usa.gov/xVSEF. A forthcoming Broad Agency Announcement will include full program details.

In related research, DARPA recently began funding Brown University to develop a direct spinal cord interface that marries implanted electrodes with machine learning to potentially restore lower-limb motor and sensory control and proprioception to individuals living with paraplegia. The planned two-year study — led by Dr. David Borton and stemming from a proposal in response to BTO’s office-wide broad agency announcement — involves the development of high-density electrodes that wrap around the spinal cord and are capable of recording and stimulation. The team will also attempt to create novel algorithms that mimic natural processes in the spinal cord.

Whereas researchers proposing to BG+ can pursue interfaces anywhere in the human nervous system, the Brown-led team is focusing specifically on a direct, two-way interface with the spinal cord. The team must overcome two primary challenges. First, it will be necessary to sense and transduce the obscure, sparse, and dynamic data of the spinal cord into a viable motor control signal. Second, to restore sensation, the team must develop biomimetic stimulation models and identify appropriate parameters for shaping electrical fields. 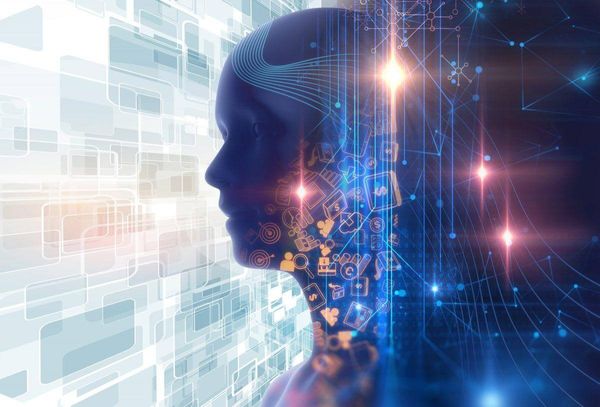 Aiva is an Artificial Intelligence (A.I.) capable of composing emotional soundtracks for films, video games, commercials and any type of entertainment content. She has been learning the art of 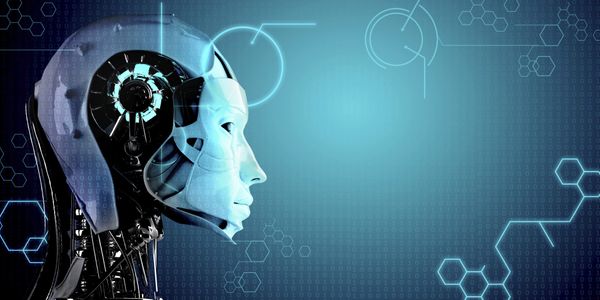