In cellular biology, the electron transport chain is one of the steps in the cell's processes that make energy from the food we eat. It is the third step of aerobic cellular respiration. Cellular respiration is the term for how your body's cells make energy from food consumed. The electron transport chain is where most of the energy cells need to operate is generated. This "chain" is actually a series of protein complexes and electron carrier molecules within the inner membrane of cell mitochondria, also known as the cell's powerhouse.

Oxygen is required for aerobic respiration as the chain terminates with the donation of electrons to oxygen.

How Energy Is Made

As electrons move along a chain, the movement or momentum is used to create adenosine triphosphate (ATP). ATP is the main source of energy for many cellular processes including muscle contraction and cell division.

Energy is released during cell metabolism when ATP is hydrolyzed. This happens when electrons are passed along the chain from protein complex to protein complex until they are donated to oxygen forming water. ATP chemically decomposes to adenosine diphosphate (ADP) by reacting with water. ADP is in turn used to synthesize ATP.

In more detail, as electrons are passed along a chain from protein complex to protein complex, energy is released and hydrogen ions (H+) are pumped out of the mitochondrial matrix (compartment within the inner membrane) and into the intermembrane space (compartment between the inner and outer membranes). All this activity creates both a chemical gradient (difference in solution concentration) and an electrical gradient (difference in charge) across the inner membrane. As more H+ ions are pumped into the intermembrane space, the higher concentration of hydrogen atoms will build up and flow back to the matrix simultaneously powering the production of ATP by the protein complex ATP synthase.

ATP synthase uses the energy generated from the movement of H+ ions into the matrix for the conversion of ADP to ATP. This process of oxidizing molecules to generate energy for the production of ATP is called oxidative phosphorylation.

The First Steps of Cellular Respiration

The first step of cellular respiration is glycolysis. Glycolysis occurs in the cytoplasm and involves the splitting of one molecule of glucose into two molecules of the chemical compound pyruvate. In all, two molecules of ATP and two molecules of NADH (high energy, electron carrying molecule) are generated.

The second step, called the citric acid cycle or Krebs cycle, is when pyruvate is transported across the outer and inner mitochondrial membranes into the mitochondrial matrix. Pyruvate is further oxidized in the Krebs cycle producing two more molecules of ATP, as well as NADH and FADH 2 molecules. Electrons from NADH and FADH2 are transferred to the third step of cellular respiration, the electron transport chain.

Protein Complexes in the Chain

There are four protein complexes that are part of the electron transport chain that functions to pass electrons down the chain. A fifth protein complex serves to transport hydrogen ions back into the matrix. These complexes are embedded within the inner mitochondrial membrane.

The passage of electrons to Complex III drives the transport of four more H+ ions across the inner membrane. QH2 is oxidized and electrons are passed to another electron carrier protein cytochrome C.

Cytochrome C passes electrons to the final protein complex in the chain, Complex IV. Two H+ions are pumped across the inner membrane. The electrons are then passed from Complex IV to an oxygen (O2) molecule, causing the molecule to split. The resulting oxygen atoms quickly grab H+ ions to form two molecules of water.

ATP synthase moves H+ ions that were pumped out of the matrix by the electron transport chain back into the matrix. The energy from the influx of protons into the matrix is used to generate ATP by the phosphorylation (addition of a phosphate) of ADP. The movement of ions across the selectively permeable mitochondrial membrane and down their electrochemical gradient is called chemiosmosis. 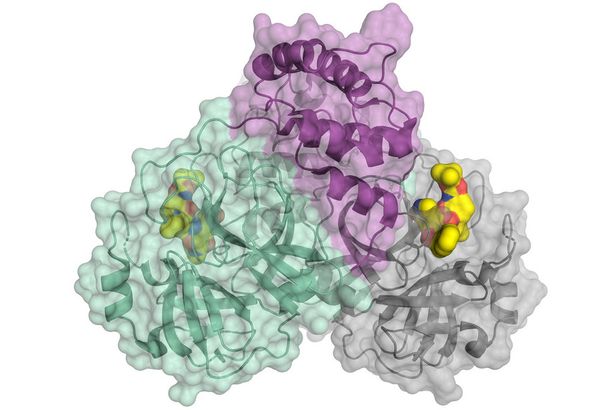 A coronavirus is keeping the world in suspense. SARS-CoV-2 is highly infectious and can cause severe pneumonia with respiratory distress (COVID-19). Scientists are doing research in order to prevent the 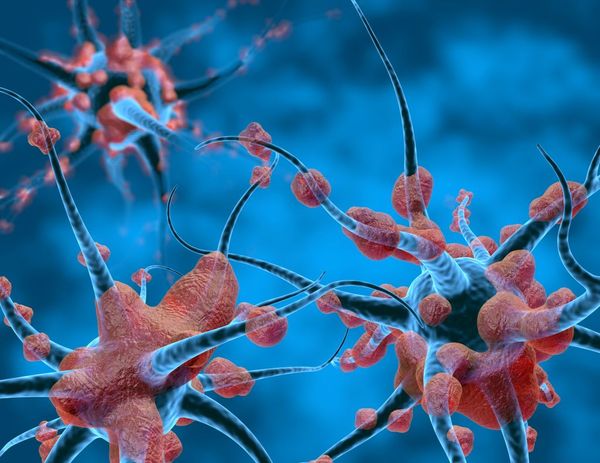 All our activities — eating, walking, talking — are controlled by our brains, the center of the nervous system. The brain receives huge amounts of information from outside our body via our