Researchers in Japan have identified gamma oscillations in the brain as a potential diagnostic for autism spectrum disorder in children.

AsianScientist (Oct. 30, 2018) – A team of scientists at Kanazawa University, Japan, has found a brainwave pattern that could be used to diagnose autism spectrum disorder (ASD) in children. Their findings are published in The Journal of Neuroscience. ASD, a neurodevelopmental disorder that can impair communication ability, socialization and verbal and motor skills, generally starts in early childhood and is diagnosed through behavior observation.

This means that assessment of the condition can be imprecise, which is especially problematic when early identification is vital for developmental follow-up. A strong need therefore exists for objective and measurable clinical indicators, known as biomarkers. In this study, scientists led by Professor Mitsuru Kikuchi of Kanazawa University in Japan have identified a biomarker for ASD based on motor-related brain activity. They hypothesized that ASD results from an imbalance of excitatory and inhibitory signals in the brain, which is associated with repetitive brain waves called gamma oscillations.

To explore the association between motor-induced gamma oscillations and ASD, the researchers recruited two groups of children aged five to seven years old. Children in the first group were conventionally diagnosed with ASD, while the second group was made up of children classified as developing typically. The children each performed a video game-like task, where they had to press a button with their right finger while in a relaxed environment. The researchers used magnetoencephalography, a technique which records magnetic activity from neurons, to monitor the children’s brainwaves during the task.

Mention artificial intelligence (AI) or artificial neural networks, and images of computers may come to mind. AI-based pattern recognition has a wide variety of real-world uses, such as medical diagnostics, 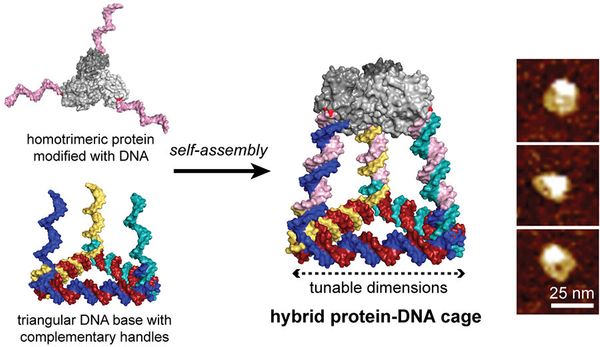 The central goal of nanotechnology is the manipulation of materials on an atomic or molecular scale, especially to build microscopic devices or structures. Three-dimensional cages are one of the most