Mention artificial intelligence (AI) or artificial neural networks, and images of computers may come to mind. AI-based pattern recognition has a wide variety of real-world uses, such as medical diagnostics, navigation systems, voice-based authentication, image classification, handwriting recognition, speech programs, and text-based processing. However, artificial intelligence is not limited to digital technology and is merging with the realm of biology—synthetic biology and genomics, to be more precise. Pioneering researchers led by Dr. Lulu Qian at the California Institute of Technology (Caltech) have created synthetic biochemical circuits that are able to perform information processing at the molecular level–an artificial neural network consisting of DNA instead of computer hardware and software.

Artificial intelligence is in the early stages of a renaissance period—a rebirth that is largely due to advances in deep learning techniques with artificial neural networks that have contributed to improvements in pattern recognition. Specifically, the resurgence is largely due to a mathematical tool that calculates derivatives called backpropagation (backward propagation)—it enables artificial neural networks to adjust hidden layers of neurons when there are outlier outcomes for more precise results.

Artificial neural networks (ANN) are a type of machine learning method with concepts borrowed from neuroscience. The structure and function of the nervous system and brain were inspiration for artificial neural networks. Instead of biological neurons, ANNs have artificial nodes. Instead of synapses, ANNs have connections that are able to transmit signals between nodes. Like neurons, the nodes of ANNs are able to receive and process data, as well as activate other nodes connected to it.

Synthetic biology and genomics have a relatively modern history. Synthetic biology is the area of biotechnology that involves the design and engineering of new biological entities or the redesign of existing biological systems. Genomics is a branch of biotechnology that applies techniques of molecular biology and genetics to the genetic mapping and DNA sequencing of sets of genes or complete genomes of organisms. The recent trends of falling costs of DNA sequencing, increasing amounts of big data, lower barriers in gene editing via CRISPR, decreasing computing storage and processing costs, decentralized cloud-based computing, and breakthrough advances in AI deep learning algorithms, have contributed to advancing both genomics and synthetic biology.

The structure of the DNA neural network consists of “DNA strand displacement cascades” that operate as neural networks. Logic gates are the fundamental building blocks of digital circuitry. Qian’s Caltech lab applied DNA gate architecture to create “reaction cascades” that function as Hopfield associative memory. A Hopfield net is a recurrent neural network (a network consisting of neurons that send feedback signals to each other) that has synaptic connection patterns with an underlying Lyanpunov function, a type of mathematical scalar function.

Why create a DNA-based computer that is small enough to run inside a single cell? With molecular computing, potential new types of medications and diagnostic techniques could be developed for use in precision medicine. This type of ground-breaking technology could transform industries such as health care, pharmaceutical, biotech, and chemicals. A DNA-based computer can enable scientists to research the origin and nature of diseases and cellular dysfunction. Qian and her research team have demonstrated that intelligent DNA systems are not only feasible but may one day lead to biochemical systems that may advance scientific understanding of the nature of intelligence and neuroscience.

This technology is the result of research into using brain decoding technology to predict a driver’s actions and detect discomfort. This technology offers two key benefits: - It enhances 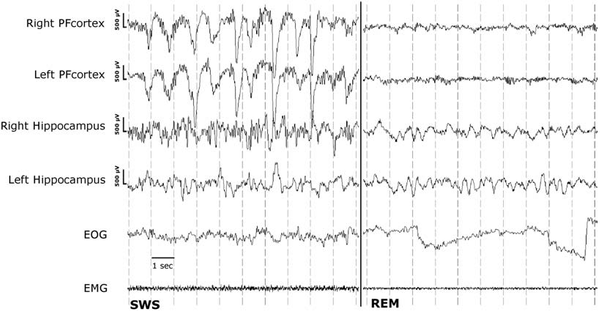 Researchers in Japan have identified gamma oscillations in the brain as a potential diagnostic for autism spectrum disorder in children. AsianScientist (Oct. 30, 2018) – A team of scientists at Kanazawa