Synthetic biology, which is a new emerging technology aiming at re-writing existing biological systems and designing completely new parts and devices, brings several potential benefits, but at the same time it constitutes a new threat to biosecurity: for such “double Janus face”, it can be considered as a “dual use research”. Indeed, the risk that its theoretical discoveries and applications are handled by bioterrorists and used for malevolent purposes is not a mere hypothesis.

SYNTHETIC BIOLOGY: A TYPE OF “DUAL USE RESEARCH”.
---
Biosecurity, meant as the whole set of measures and efforts that are to be taken and needed to prevent the creation of deadly pathogens for the purposes of bioterrorism , has become a central and challenging part of any global policy-making agenda in the 21st Century, due to the rapid advancement of science and technology. Among the threats to biosecurity, there is «a game changing scientific development that transcends all in human history. It is already underway and it even has a name: synthetic biology»

With Watson’s and Crick’s discovery of double-helix structure of DNA, together with the studies of genetic engineering (focused on isolating a single gene and manipulating it), and the analysis of short and long pieces of DNA of many organisms (object of attention by molecular biology), the field of science has entered into a new era. It starts from the idea of looking at the whole genome of organisms and takes it a step further, going beyond the trying to understand and know the genome to the idea of manipulating it by the writing and re-writing the genome.

Such a new “revolution” is known as synthetic biology, a discipline that - to put it provocatively - seems to be capable of realizing the ancient human dream of being able to create life and finding the answer to the mystery that is life. Briefly, it can be defined as a converging science and technology that aims at «a) the design and construction of new biological parts (called “building blocks”), scratched and put together in novel circuits, networks and systems (that are synthetic because they do not exist in the natural world), and b) the re-design of existing, natural biological systems for useful purposes».

Beyond the potential applications, synthetic biology arises several risks, such as the biosecurity one. Indeed, the possibility of creating synthetic viruses having harmful purposes for environment, human and animal health is not a mere hypothesis, but a concrete reality, especially following the events of the 11th September 2001. This is demonstrated, for example, by the de novo synthesis of poliovirus and of the 1918 Spanish flu. These viruses could be handled by bioterrorists or by “lone operators”, i.e. highly trained synthetic biologists with a grudge against someone or an organisation. Such individuals could be professional researchers that have access to lab equipments or “garage biologists” , belonging to the Do-ItYourself movement (D.I.Y.)9 . There is also the figure of “biohacker”, who aims at creating virus «out of curiosity or to show his technical prowess». Indeed, the worry that synthetic biology could be used for creating new pathogens and viruses is amplified by information technology (IT), which provides open access to such information on the Internet, and by the lowering of prices for obtaining technological equipment. In addition, beside the risk of malevolent use of biological knowledge by bioterrorists, there is «the concern that the knowledge output of synthetic biological research and development could be incorporated into the offensive bioweapons programs of Developed States». Both these aspects give origin to the so-called “dual use dilemma” , i.e. the dilemma which arises when scientific knowledge could be used in both good and harmful ways, such as for civil purposes (e.g., drugs development, in medical treatment) and military purposes (e.g., in the production of bioweapons).

AN OVERVIEW OF THE EXISTING REGULATIONS AGAINST BIOTERRORISM.
---
Since synthetic biology generates a potential threat to biosecurity, it is of utmost importance to check whether the existing regulations in the field of bioterrorism could be applied to cover synthetic biology too, or whether a modification of the norms should be boosted. Therefore, an overview of the main regulations at stake at the international and European level, and within some national experience is offered hereafter. As a premise, it can be observed that the regulations about bioterrorism that have been enacted so far pertain to the following fields:
---
(1) Criminal law: bioterrorism as a crime and the formulation of sanctions against bioterrorists for possession, manufacture, or distribution of bioweapons; the “goods” that are protected by this type of norms are physical integrity, life, health, public security, constitutional (national and international) order and economic goods as well;

(2) Public health (and medical) law: norms for preparedness in case of bioterrorist act and response, addressed to public health community such as hospitals, laboratory network, medical doctors, health professionals, forensic scientists (norms concerning data collection, control of people, such as for quarantines, and control of property, such as for decontamination of facilities);

(4) National security law: rules for law enforcement communities, such as police, customs agents, governments, and so on, with regards to the controlling of transfer and movements of dangerous biological agents and toxins, the prevention and the response to bioterrorist attacks. 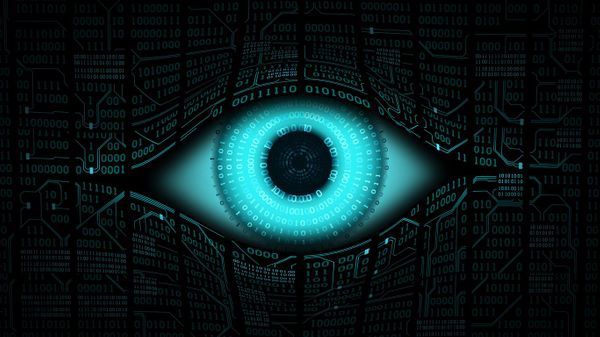 Artificial intelligence (AI) technology is rapidly proliferating around the world. Startling developments keep emerging, from the onset of deep fake videos that blur the line between truth and falsehood, to 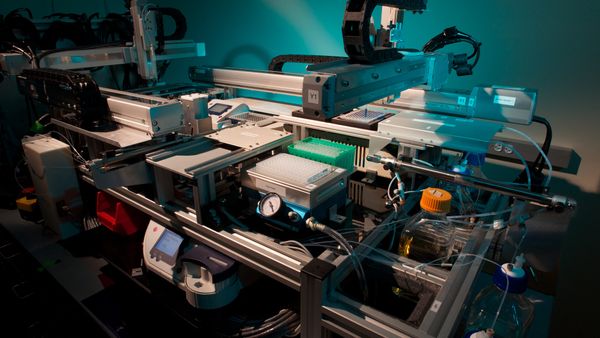 A machine that speeds up evolution is revolutionizing genome design and selection of designer microbes. Developed at the Wyss Institute, MAGE harnesses the natural principles of evolution to do all