In the next 5-7 years, the bioprinting market is estimated to expand by 15.7 percent, and it is anticipated to grow over $4.70 billion by 2025, according to the latest study of BIS Research. While the growth statistics indicate a turbulent landscape, it is worth familiarizing with the main players. Here, we collected the best bioprinting companies currently on the market.

The future of bioprinting: tissues not organs

The idea of lab-grown organs might mean the end of testing drugs on animals or humans, the solution for organ shortages and an ending of the desperate state of organ donations worldwide. If the creators of the movie The Island had known about bioprinting, they would have rethought the entire plot. In the future, you would most definitely not need fully cloned humans as holders of backup organs or surrogate mothers – bioprinting specific tissues or organ parts might be enough.

3D bioprinting is a mind-boggling technology that emerged in the last couple of years. It means the creation of living tissues, such as blood vessels, bones, heart or skin via additive manufacturing a.k.a 3D printing. Unlike in the case of printing out objects, bioprinting not only needs living cells, but they also need a nurturing environment to stay alive: food, water, and oxygen. Nowadays, these conditions are provided by a microgel – think of gelatin enriched with vitamins, proteins, and other life-sustaining compounds. Moreover, to create conditions fostering the fastest and most efficient cell growth, researchers plant the cells around 3-D scaffolds made of biodegradable polymers or collagen so they can grow into a fully functional tissue.

As the above brief and not quite complete illustration of the elements and processes producing synthetic tissues show, bioprinting is difficult and time-consuming. Mass production is highly unlikely in the next decades, and we are even further away from printing complex organs. And even if the technology becomes more available, tissue engineering will be more feasible than printing out entire organs. Synthetic skin, a bionic ear, bladder, or cornea might be the first tissues to be either bioprinted or grown in the lab on demand – since they are tissues containing a small number of cell types. After that, more complicated ones might be engineered.

The incredible demands of technology and the understandably draconian regulatory framework result in only a handful of bioprinting companies. However, we are confident that the number of enterprises investing in the bioprinting market will steadily increase in the coming years. Especially the cooperations between research centers and ventures aiming for marketing the products will be ample.

The most well-known tissue engineering company is the San Diego-based company, Organovo. It has been actively developing a line of human tissues for use in medical research and drug discovery. These include both normal tissues and specially designed disease models. They are also working on the development of specific tissues for use in clinical patient care.

In 2014, they announced the successful printing of the liver tissue that functioned as a real liver for weeks. A year later, fully functional human kidney tubular tissues were generated with the company’s 3D bioprinter. Organovo also teamed up with L’Oreal to advance the development of synthetic skin. Moreover, the company’s first bioprinted products are expected to make it to the FDA in 2018.

US-based Cellink develops both bioprinters and bioprinting materials for providing ready-to-print or use models for researchers and healthcare providers to enable 3D cell culture, personalized medicine, and enhanced therapeutics. The disruptive technology is used to print tissues such as liver, cartilage, skin, and even fully functional cancer tumors that can then be used to develop new cancer treatments.

Ariel Kramer, Chief Communication Officer of CELLINK, told The Medical Futurist that they hope to see bioprinting help shape the future of healthcare and eliminate animal testing. “Imagine a world where bioprinting can play a vital role in personalized healthcare for curing diseases, bioprinting organs to eliminate the need to wait, creating skin for burn victims and cosmetic companies for testing. The list is endless”, she added.

The Canadian bioprinting company is built on over 10 years of research and formed through a collaboration between world-class research groups in Engineering and Medicine at the University of British Columbia. They are focused on providing a platform as well as auxiliary materials for bioprinting: biomaterials, printhead cartridges or tissue solutions than printing out tissues themselves.

The company has been cooperating with the Frampton Lab to create synthetic skin tissue and recently formed a partnership with Johnson & Johnson to develop 3D-printed knee meniscus tissue – the thin, fibrous cartilage between some of your joints.

The name of the Japanese bioprinting company comes from the term “fusing cells (cyto-).” They describe their activity as generating tissues and organs by fusing cells through fusion activities in a variety of different aspects.

Cyfuse’s specialty is that its tissue fabrication process doesn’t need any scaffold such as polymers or collagen to enable faster and more efficient tissue generation. Last year, the Japanese researchers created scaffold-free 3D printed human liver tissue which stably maintained metabolic functionsand thus it might be used for toxicity testing in drugs.

The Austin-based bioprinting company gives hope to breast cancer survivors not to lose their sense of femininity even after serious surgeries. The name, TeVido, stems from two Spanish words: tejido (tissue) and vida (life).

They use 3D printers for various reconstructive and cosmetic surgeries. Their treatments range from autologous cell therapy for vitiligo patients to nipple reconstruction for breast cancer survivors. They try to apply the patients’ own pigment-producing cells (melanocytes) and tissues during the printing process to lower the chance of rejection and allow patients to have a high quality of life.

The company specializes in the production of solutions and technologies for clinical diagnostics, analytical chemistry, and other life science areas. Regarding bioprinting, it offers the CellJet 3D printer, which has the unique capacity to print cells with 95 percent viability. That’s unrivaled on the bioprinting market.

The company with over 150 employees also offers a visualization software, with which medical professionals can create visualizations based on patient data from medical images and print out 3D models with the help of its robotic arm.

Its skeletal reconstruction implants are bioresorbable. That means after the implantation, they gradually replace themselves fully with real bones. Moreover, the implants can be used in many different areas of the body as they are customized and engineered to support weight and function.

The Florida-based company’s main focus is not 3D bioprinting, but rather the manufacturing of micro-dispensing 3D printers. In 2003, R&D Magazine chose the latter as one of the top 100 products introduced that year.

Regarding bioprinting, nScrypt’s system can not only print out living cells but also extracellular matrices, collagen, hyaluronic acid and many more, while it creates bioscaffolds such as biopolymers in any shape.

With its headquarters in Gladeck, Germany, the company has been selling bioprinters since its founding in 2002. However, its primary focus is on developing 3D printer technologies, materials, manufacturing and selling 3D printer systems all over the globe.

The Chinese company, established in 2008, made a name for itself in the 3D printing community by figuring out how to bioprint artificial dura mater. The latter is an only 0.2-millimeters thick material, actually not more massive than a wet paper towel, which covers the brain. It proved to be extremely difficult to replace, although it has an incredibly important function as it’s protecting the brain.

The incredible material named ReDura has a hugely beneficial side: after two months, the membrane will be absorbed into the body. MedPrin also produces personalized skull and maxillofacial repair systems, artificial skin, blood vessels, ligament, and more.

Houston-based n3D aims for producing kits and services for 3D cell culture using its core technology, the magnetization of cells. According to their website, in this manner, they can either levitate or bioprint cells; and these cultures are faster to assemble than another system.

The spheroid bioprinting technology, which uses 3D bioprinting as well as n3D’s device, the NanoShuttle, is able to create a plate of spheroids in 15 minutes to a few hours for medical research.

The South Korean 3D printer manufacturer company entered the bioprinting market after a $3 million grant from the government in 2015.

Since then, it has been developing the impressive Rokit Invivo 3D bioprinter. It’s a multi-use hybrid bioprinter with both an extruder and a liquid dispenser. According to Rokit, the Invivo can print with a multitude of materials including PLGA, PCL, PLLA, collagen, alginate, and silk fibroin. It will definitely not be the only bioprinter of the company. Previously, Seok Hwan You, the CEO of Rokit told 3Dprint magazine that they plan to develop a 3D printer able to produce synthetic skin.

The Berliner start-up, which was established in 2014, produces mini-organs for drug development and vital tissues for regenerative therapies.

Cellbricks not only offers specific bioinks and bioprinters but the entire toolchain around 3D bioprinting: from CAD modeling through printing until cultivating the cell culture. Afterward, researchers can integrate the printed mini-organ into the desired application, e.g., organ-on-a-chip systems.

Regenerative medicine is the focus point of the Spanish biotech company, REGEMAT 3D. They offer a modular bioprinting system, but as their motto says they aim for not only selling machines but introducing researchers to complex systems and building communities.

For example, with REGEMAT 3D’s bioprinters, researchers from the University of Granada are experimenting with cartilage and meniscus regeneration. The Spanish Biomedical Research Center is using bioprinting for research on stem cells and other products.

The company formerly known as BioBots and founded in 2014 builds software, hardware, and wetware to design and engineer living tissues. The start-up introduced itself at TechCrunch Disrupt NY by printing out an exact replica of Van Gogh’s ear. Impressive, isn’t it?

According to a report by TechCrunch, Allevi has seen its founders part ways and its business strategy shift – it’s now focusing on developing software to make its bioprinters easier to use. Regarding its desktop bioprinters, the company offers one of the most affordable devices for less than $10,000.

The French company, Poietis, provides industry players and researchers with a unique platform to design and manufacture bio-printed products for regenerative medicine. It develops and produces human, customized tissues using 4D bioprinting for pharmaceutical and cosmetic applications as well as regenerative medicine. They have a research partnership with French cosmetics giant, L’Oreal.

Its flagship product is Poieskin, a human skin model composed of dermal and epidermal layers. The commercially available 3D bioprinted skin can be personalized to the needs of pharmaceutical or cosmetic laboratories.

Would you wear a leather jacket grown in a scientific lab? The slogan of the New Jersey-based company, Modern Meadow, says that the “future is cultured, not slaughtered.” They are working on the future of materials, where the animal skin is grown in a lab as bioprinted cell culture.

Modern Meadow grows collagen, a protein you find in animal skin, from which the team produces a bioleather material called Zoa..They paint and tan it just as professionals do with animal leather. Mind-blowing, isn’t it? 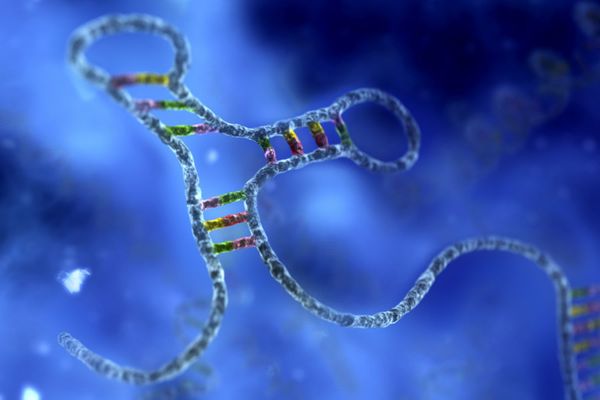 You’ve certainly heard about antibodies, peptides and even DNA as therapeutics, but what about RNA? In this review, we paint an overview of what’s up in a young 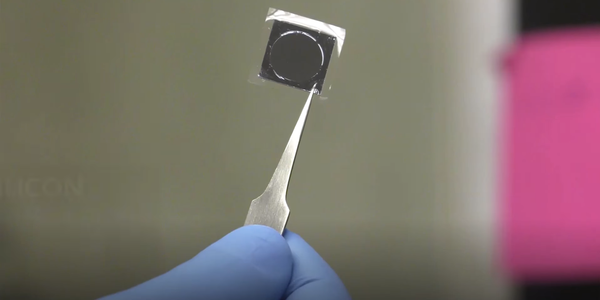